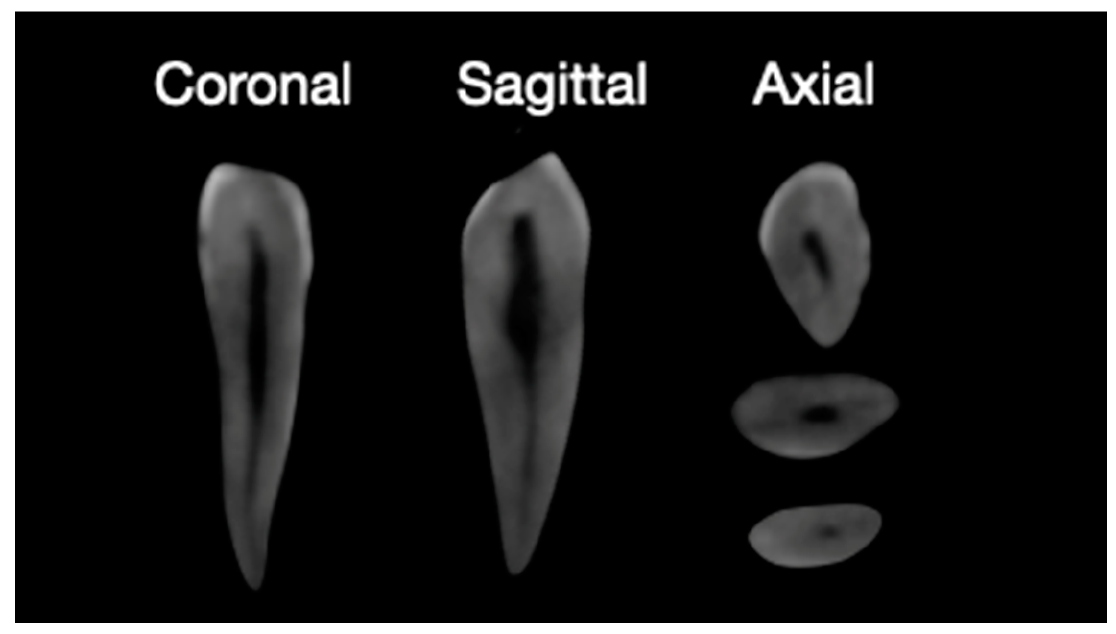 The aim of the present study is twofold: to assess ex vivo the role of diﬀerent lubricants on real-time torque generated during intracanal instrumentation and to check whether two different kinds of torque parameters, operative torque (OT) and average peak torque (APT), could produce similar results. Forty extracted single-rooted teeth were selected for the present study and divided into four equal groups (n = 10): Group A, NaCl 0.2%; Group B, NaOCl 5%; Group C, ethylenediaminetetraacetate (EDTA), and Group D, EDTA and hydrogen peroxide. Afterwards, Edge Taper F2 (Edge Endo, Albuquerque, New Mexico) were rotated clockwise at 300 rpm with 3 Ncm maximum torque by an endodontic torque recording motor. In each sample, mean OT and mean APT were recorded and statistically analyzed with one-way ANOVA and a post hoc Bonferroni between groups (p < 0.05). EDTA (12.11 ± 4.45 Ncm) showed statistically signiﬁcant (p < 0.05) lower values compared with the other tested irrigant for both parameters. Overall, the two diﬀerent parameters were both able to diﬀerentiate between the inﬂuence of lubricants on torsional loads. Keywords: endodontics; nickel–titanium; torque; root-canal irrigants.

Nickel–titanium rotary (NTR) instruments gained a primary role in root-canal treatment (RCT). Despite that, NTR instrument failure is approximately 1% of all RCTs [1,2]. Sattapan et al. (2000) reported that torsional stresses are the major responsible of the failure of these files in 55% of the examinedcases, while flexural stresses cause 45% of the failure [3]. This ratio could even be changed in recent years, since manufacturers have produced more flexible instruments thanks to the introduction of new heat treatment processes[4–6].

In the literature,many studies evaluated the torsional resistance of an NTR instrument, locking it 3 mm from the tip, whilst the motor rotates at 2 rpm until fracture occurs [7–9]. Despite being easier to perform, static tests do not reflect an instrument’s clinical performance during RCTs. Recently developed software and manufacturing allowed the realization of devices able to evaluate and record real-time torque variation. For this reason, thanks to these new devices, previous published studies managed to introduce the idea of an “operative torque” [10]. The “operative torque” (OT) is defined as the amount of torque needed by the instrument to reach the apex. Nowadays, it is obtained by measuring the measuring the torque generated by the instrument each 0.1 sand calculating the mean value. Therefore, it can be defined as the mean operative torque (MOT). Thanks to this parameter, it is now possible to evaluate the efficiency of an NTR instrument during RCT. However, despite the importance of introducing a parameter that allows the measurement of the stresses produced during root canal   shaping, operative torque relevance and the methods of calculation are still controversial. It is indeed influenced not only by the time need to perform the RCT but also by the technique used by the clinician. Despite the primary role of NTR instruments in shaping the root canal, the aim of endodontic treatment is to allow irrigant penetration through the endodontic space, not only focus in gon the main canal [11]. Moreover, the seirrigants and lubricants are used to emulsify and clean the debris produced by the cutting action of the endodontic instruments, this way facilitating the instruments’ progression [12].

Irrigants are produced in two different forms: aqueous and paste-type lubricants. The aqueous irrigants, such as sodium hypochlorite (NaOCl) and ethylenediaminetetraacetate (EDTA) are primarily used as surfactants and to suspend debris [13]. NaOCl is the most used irrigant in endodontics considering its superiority in removing the smearlayer.

Chelating agents, such as EDTA, create stable calcium complexes with smear layers and calcific deposits along the dentinal walls [14]. The seagents act on calcified tissue by subtracting sodium ions, which in combination with dentine, give a soluble salt with calcium ions. Paste-type substances, such as combinations of EDTA and carbamide peroxide or EDTA and ureaperoxide, are marketed by rotary manufacturers and first lyimprove hard tissue debridement [15]. The hard tissue debridement allows a lower blade engagement on the dentinal walls and consequently a lower torque generation by the instrument during intracanal instrumentation. Furthermore, the chelating and lubricating actions of EDTA ensure the debris removal from the rotating instrument. Moreover, chemical additives, such as peroxides, could soften the dentinal walls to facilitate instrumentation and instrument progression towards the apex[12].

In the current literature, many studies evaluated the different characteristics and molecular pattern of different types of lubricants [16–21]. Most of these studies focused their attentions on the various effects in reducing and eliminating smear layer and debris during RCTs. In the last fifteen years, a small number of studies have tried to investigate the role of lubricants on torque generated during instrumentation. However, these studies tested the instruments in a simulated root-canal system and focused on maximum torque value reached by the instrument during the instrumentation [22,23]. Moreover, to date, no published studies evaluated the efficacy of different irrigants on reducing operative torque. Therefore, the aim of the present study is two fold: to evaluate the role of different lubricants on real-time torque generated during intracanal ex vivo instrumentation and to propose a new methodology to assess real-time operative torque.